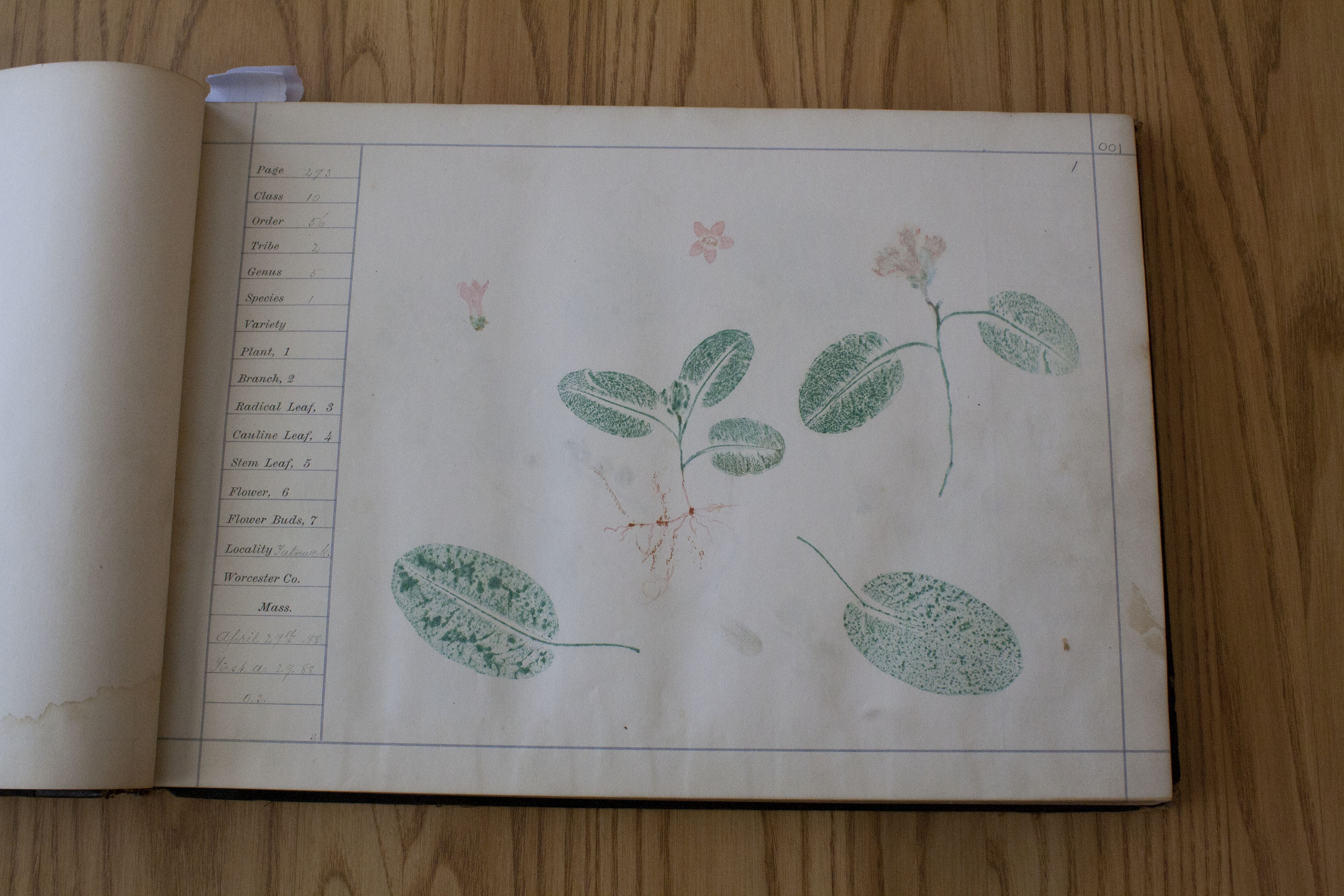 John Coulson began working as head gardener for Stephen Salisbury III in Worcester around 1876. He lived in the gardener's cottage on the Salisbury estate with his family until Salisbury's death in 1905. Impressions of Plants feature detailed records of 234 plants found in and around Worcester along with nature prints of the recorded specimens. Nature printing is a technique popular in the 18th and 19th centuries to make impressions of natural forms.

In 1888 John Coulson (1845?-1926), head gardener for Stephen Salisbury III, created nature prints for 234 plants collected in and around Worcester.  The collection was bound and each species identified according to Asa Gray's 1868 Manual of Botany.

The Tower Hill Library has the only known volume of this work. A similar effort, Seedlings by John Coulson, may be found in the Botany Library at Harvard University.  It contains nature prints of seedlings in a smaller-sized volume. Most of the locations listed in Coulson's work were fairly easily identified (e.g. SSG = Stephen Salisbury's Grounds or Garden) but a few remain elusive even after checking 1880's maps and directories.

We are grateful to Rebecca Bernardos who came along at exactly the right time to process this collection. Rebecca created the spreadsheet listing the identified plant, common name, the current, accepted name, and the location where it was collected.  Rebecca also compared the list to Robert Bertin's latest Vascular Flora of Worcester County (2012) and found several species not recorded.